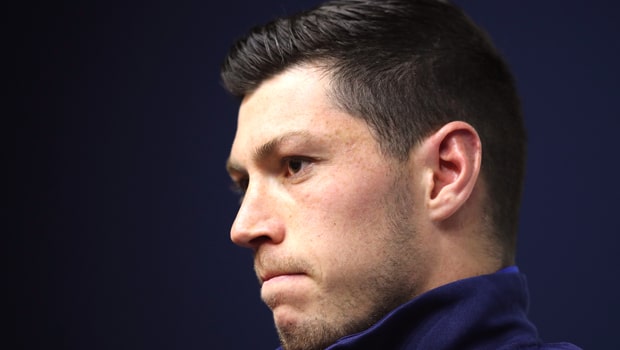 Aberdeen defender Scott McKenna says the mood in the Scotland camp ahead of their Euro 2020 qualifiers against Cyprus and Belgium is “very positive”.

McKenna is confident the optimism over the appointment of new national team boss Steve Clarke can help Scotland rediscover the feel-good factor.

Scotland lost their opening Euro 2020 qualifier in Kazakhstan, but Clarke’s appointment as head coach has lifted the Tartan Army and could see a decent crowd turn up and lend their backing for Saturday’s visit of Cyprus.

McKenna said: “The [Scotland] women’s team got 18,500 the other day, so it’s up to us now to try and get a crowd and put in a good performance and bring that feel-good factor to the men’s team as well.

“It’s all very positive – the new manager, a good few boys in the squad have had great ends to the season.”

Scotland captain Andy Robertson, who sat out the defeat at the Astana Arena in March, helped Liverpool win the Champions League on Saturday and a significant number of others joined up after being flushed with club success.

“We’re all delighted Andy has won the Champions League, John McGinn and Kenny McLean have been promoted to the Premier League and all the Celtic boys have just done a treble treble.

Scotland appear to be in a four-way battle for second place in Euro 2020 qualifying Group I with leaders Belgium already three points clear of Russia, Cyprus, Kazakhstan and the Scots.

Clarke’s men are 1.50 to pick up all three points against Cyprus on Saturday with the visitors 7.50 and the draw 4.00.