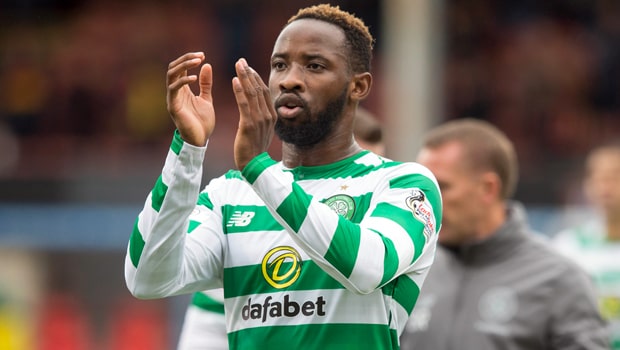 The rampaging France side strolled past Albania in their Euro 2020 qualifiers with a 4-1 victory. Didier Deschamps side will after that lock horns with Andorra on Tuesday in a bid to make in two wins in only a few days.

The former Celtic star has been listed as one of a number of France U-21 players who could earn a call-up soon following the inclusion of Arsenal’s Matteo Guendouzi (20) and Jonathan Ikone (21) who were both a part of the squad that faced Albania.

Apart from Dembele who left the Hoops for Lyon in a £19.7 million deal, Celtic favorite, Odsonne Edouard who found the net twice on his debut for France U-21 only some days ago is also touted to be selected soon.

According to the website, if he is already old enough to play with the Espoirs this summer, he is the closest striker to be called into the Les Bleus team.

Though Arsenal’s prolific striker, Alexandre Lacazette doesn’t fit into the plans of Didier Deschamps, Dembele is thought to have been close to joining the squad at this stage.

The striker who has already pulled off an incredible 11 goals in only 20 games for the France U-21 team and 15 goals in the French league last term could be a surprise wonder at the Euros scheduled for next summer. This is even likelier if he continues at this rate, already scoring three times since the start of the new campaign.

On the other hand, Edouard, his former teammate at Celtic goes further but is already a fitting successor either in Scotland or in the France U-21 National team having produced a brace on his debut.

Dembele now has 23 caps for the France U-21 squad and has in this jersey found the net 13 times.

The former Celtic man now 23 years played for Celtic between the years 2016-2018, scoring 26 goals in 55 appearances. He thereafter secured a move to Lyon where he has scored 18 goals in 35 appearances.