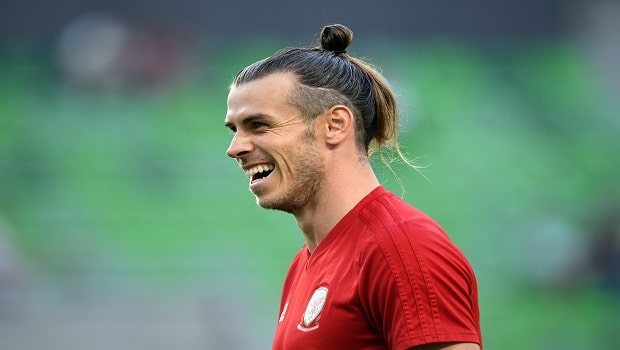 Ryan Giggs names his latest squad on Wednesday and it looks like Gareth Bale and Aaron Ramsey are ready to boost Wales’ bid to reach the Euro 2020 finals.

Giggs will announce his squad for September’s Euro 2020 qualifier at home to Azerbaijan and the manager needs a result after his side suffered away defeats to Group E rivals Croatia and Hungary in June.

Those results have left them six points behind leaders Hungary, although Wales have a game in hand, and three adrift of Croatia and Slovakia.

Wales’ hopes of clinching a spot in the top two depend on picking up three points on September 6 and the return of his two most recognisable stars is going to be a major help.

After a very public fall-out with Real Madrid manager Zinedine Zidane, where he appeared to be heading for the Chinese Super League at one point, Bale is now back in favour at the Bernabeu.

He started Real’s first La Liga game of the season against Celta Vigo last Saturday and set up his side’s opening goal in the 3-1 win at Balaidos. Ramsey has now recovered from a hamstring injury and made his debut for new club Juventus in a friendly at Triestina last Saturday.

The ex-Arsenal man missed Wales’ opening three Euro 2020 qualifiers due to the injuries which blighted the end of his Gunners stint and could do with some competitive matches under his belt.

Giggs will hope Ramsey comes through Juventus’ Serie A opener on Saturday without any problems as the Old Lady head to Parma as the 1.30 favourites to win.

However, Bournemouth star David Brooks is out of the Azerbaijan game and will also miss the October qualifiers against Croatia and Slovakia after undergoing ankle surgery earlier this month.

But Harry Wilson, now on loan at Bournemouth from Liverpool, and new Manchester United winger Daniel James have both made impressive starts to their Premier League careers.