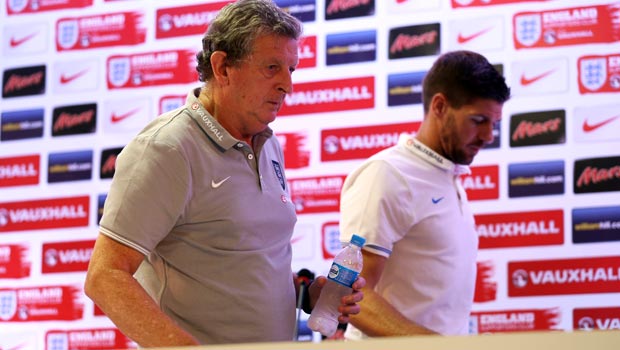 The 34-year-old revealed his decision on Monday after many weeks deliberating following England’s disappointing World Cup exit in Brazil.

Gerrard scored 21 goals in 114 appearances for the Three Lions as well as playing at six major tournaments. He made his England debut in 2000 against Ukraine and captained the side on 38 occasions.

The Liverpool captain will now take up a “high-profile” ambassadorial role with the Football Association but Hodgson’s attention must now turn to his replacement.

Hodgson, who managed Gerrard at Liverpool, insists his qualities will be missed.

He said: “While I’m disappointed in the decision, I can entirely understand Steven’s situation and can have no complaints given the incredible service he has given to his country.

“I must respect his wishes due to the discussions we have had and the amount of thought and consideration he himself has given it.

“We shall miss his leadership qualities as we look ahead with a youthful group.

“He is an incredible man and fantastic footballer who we have all been blessed to see in an England shirt so often.

“I wish him all the best in the future, although I know I can count on his continued support and influence as a helpful presence moving forward.”

Hodgson must now move forward with his young squad ahead of the European Championships in 2016 and England can be backed at odds of 1.35 to win Group E and qualify for the tournament.