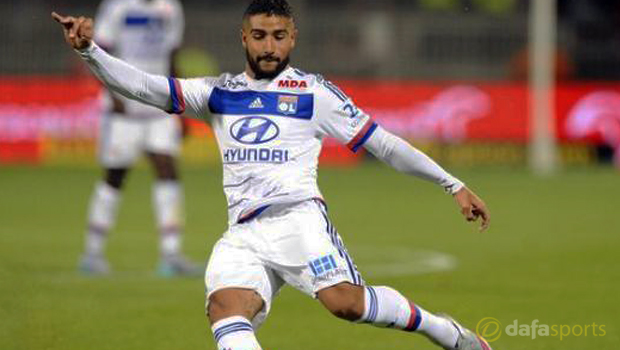 France manager Didier Deschamps may be able to call upon Nabil Fekir for Euro 2016 with the Lyon ace making good progress in his recovery from an ACL injury.

The 22-year-old is one of the most highly-rated players in Ligue 1 and his performances last season received rave reviews, with the attacking midfielder scoring 13 goals in 34 top flight appearances.

He continued this campaign in similar fashion after bagging four strikes in as many games and this propelled the Lyon-born ace into the France first team.

However, it was a friendly match against Portugal in September where Fekir suffered a huge blow as he ruptured his right ACL during his first start for Les Blues.

There were huge doubts as to whether he would be back to full fitness in time for the major tournament on home soil this summer and his absence would be a huge negative for the hosts.

The signs appear to looking more positive for Fekir as the tournament draws closer after he made a return to light training on Tuesday in a boost to both club and country.

Deschamps will be keeping his fingers crossed the recovery continues to go well and he can call upon the Lyon star’s services as France aim for home glory.

Dimitri Payet has been in superb form in the Premier League this term but the West Ham star is not favoured by the national boss, who seems to be keeping a spot open for Fekir.

Deschamps is sweating over the availability of a couple of key players with Karim Benzema still suspended from selection due to an on-going investigation.

Les Blues, who are 4.00 favourites to lift the trophy, have been drawn against Switzerland, Romania and Albania and they are priced at 1.36 to win the group.