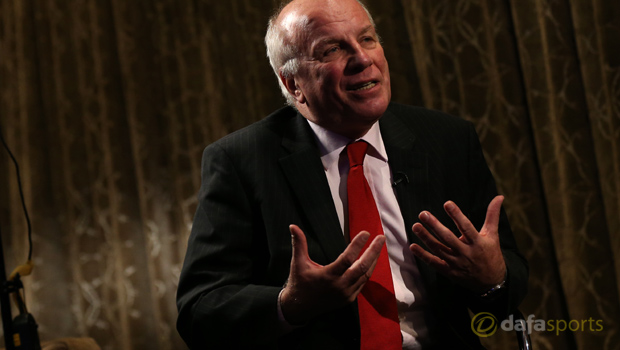 FA chairman Greg Dyke insists the minimum requirement for England at Euro 2016 is to advance into the first knockout stage and failure to do so would be a disaster.

The Three Lions enjoyed a perfect qualification campaign for the tournament in France, with 10 wins from as many games and optimism is high.

Roy Hodgson’s men have been drawn against Russia, Slovakia and Wales in their group and they are 1.91 favourites to finish top of the standings.

England are in desperate need of a good showing in a major tournament, having failed to live up to the expectation over recent years.

The 2014 World Cup was an absolute disaster as the 1966 champions exited at the group stage without winning a single game following defeats by Italy and Uruguay plus a draw with Costa Rica.

England last reached a semi-final at Euro 96, where they were knocked out by rivals Germany on penalties after the scores were level at 1-1.

With the likes of Jamie Vardy, Ross Barkley and Harry Kane all impressing for their respective clubs this season, many believe the national team can go far in France.

Dyke has admitted getting past the opening stage is absolutely crucial and not meeting that requirement would be unthinkable.

“We’ve got to get out of that group,” he said. “If we don’t, that really is bad news for English football.”

England open up their campaign against Russia on June 11 and the Three Lions are 2.20 favourites, the draw is priced at 3.10 and the Russians are 3.10.