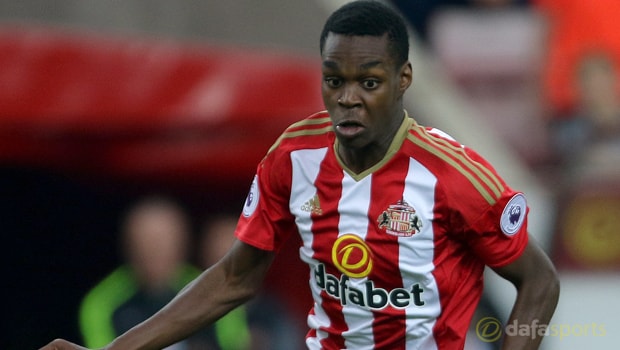 Sunderland youngster Joel Asoro admits he is determined to break into the club’s first team this season as he tries to make his mark on the international scene.

The 18-year-old has only made one professional appearance for the Black Cats since he joined the club in 2015.

After graduating from the club’s academy, he then made his debut against Middlesbrough in 2016 but has yet to make any further appearances.

A lack of first-team progress has seen his prospects with Sweden start to slip away just months before the 2018 World Cup.

Asoro, who was a star for Sunderland’s Under-23 side last season, earned nominations for the European Golden Boy award.

He is expected to have a bright future but he also has the opportunity to choose Nigeria or England in the future if Sweden do not come calling.

The Stockholm-born star is now eyeing a regular run of games in the Championship under new boss Simon Grayson. He told SVT: “They (Nigeria) have contacted me.

We will see what happens if I do not get into the national team in Sweden. I’ll probably choose Nigeria. “England is also a possibility.

If I live in England for two more years, I can play for their national team. But I can not think of it now.

If you do not perform in the club team they will not take you out. I’ll think about it next season.”

Asoro will be hoping to impress in pre-season so he can start Sunderland’s first game of the season against Derby.