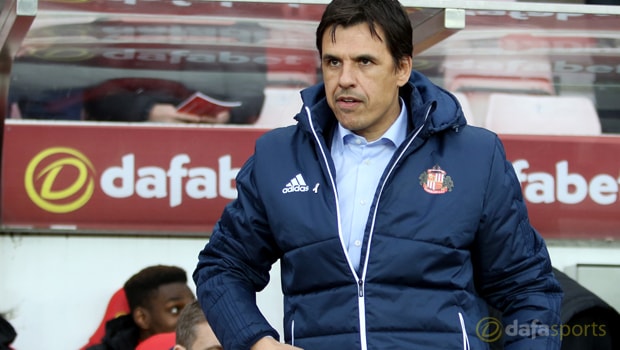 Sunderland manager Chris Coleman insists won’t allow players’ reputations to affect his selection policy as he looks to drag them out of the relegation zone.

The Black Cats have struggled to adapt to life in the second tier and they currently sit just one place off the foot of the table after 20 games.

Sunderland are priced at 7.00 to finish bottom of the division and have failed to pick up a home victory in the Championship or Premier League since December 2016, while they have only won once in their last 17 outings in all competitions.

Coleman was drafted in on November 17 following the sacking of Simon Grayson, who only took charge in the summer, but he has struggled to direct them on to a more positive path.

Saturday’s assignment is likely to prove their toughest of the campaign so far as Sunderland travel away to league leaders Wolves and Coleman will have some big decisions to make over his starting XI.

The former Wales boss insists reputations count for little and has vowed to select his team on what he sees during training sessions.

Coleman said: “Whatever the players have done before, I can only pick a team based on what I see through the week.

“I look at the players’ mentality and physicality, and of course technically I know what they can do, and I will pick and prepare what I think is the best team.

“I’m not bothered if they have no international caps, 15 caps, or 50, if they’ve played in the Premier League or not, I will pick the team that I think is best ready for the next opposition.

One or two will be disappointed from week to week, but I like that – it shows that they care.

“I look at individuals and ask whether they can fit into my game-plan, and if I feel they can then they will get a chance.

I think that’s just me doing my job properly. I can’t comment on what has happened before me, last year or the year before with certain players, I can only go with what I see.”