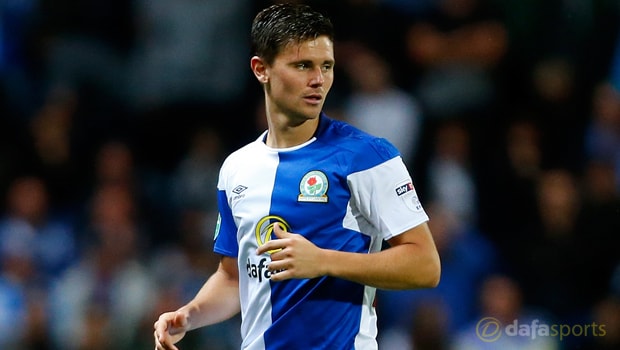 Blackburn Rovers forward Marcus Antonsson believes he can get even better after claiming the PFA Player of the Month award for his exploits in November.

The Swede linked up with Blackburn over the summer after agreeing a season-long loan switch from Championship outfit Leeds United.

Antonsson had spent just one campaign with Leeds prior to heading to Lancashire, but he was restricted to just 16 Championship appearances, with 10 of them coming from the bench, and he was unlikely to be an integral part of the squad again this term.

The 26-year-old made a slow start to life with Blackburn but he feels he has now adapted to the demands of League One.

The former Kalmar FF man enjoyed a fruitful November as he scored five times and provided one assist and he believes he can continue to improve.

Antonsson said: “I think only found out I was nominated via Twitter and then a few of the lads mentioned I’d won the award today.

“I still think the best is to come from me. I can always take performances forward, even after five goals and one assist in November.

I’m playing a new role but the more I play there the more comfortable I feel.

“I am getting more and more settled out wide and full of confidence.

The goals are the important thing from a personal point of view. They boost my confidence and when I score I am better on the pitch and make improved decisions.”

Blackburn are priced at 2.25 to make it five wins on the bounce in League One on Saturday when they travel to Peterborough, who can be backed 3.10 to claim all three points, while the draw is available at 3.50.