Sunderland coach Simon Grayson refusing to get carried away 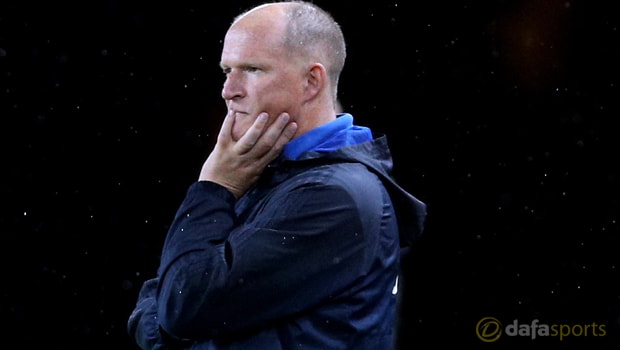 Sunderland coach Simon Grayson has urged the club’s fans to not get carried away as both Duncan Watmore and Paddy McNair prepare to return from injury in the coming weeks.

The duo have been out of action for the last few months but Grayson insists an immediate upturn in fortunes is not guaranteed.

Watmore spent 10 months on the sidelines before playing for the club’s Under-23s in the draw with Manchester City on Saturday.

He scored a penalty but will not be risked for the team’s next two games against Everton and Cardiff City.

McNair has been on the sidelines with a cruciate ligament injury but, like Watmore, is not expected to return until after the next international break in October.

Grayson is relishing the chance to see them in action but admits immediate success cannot be expected.

He told the Northern Echo: “They’re not going to be the saviours that are going to hit the ground running.

They’ve been out for such a long time and we have to be very careful with our approach.

“That might mean a little more time with the Under-23s or not starting a first-team game, but coming on for 10 or 15 minutes.

However, we need to do it, we’ll be guided by the specialists and physios, along with the fitness coaches, too.”

Lamine Kone and Aiden McGeady are also expected to return in the coming weeks while John O’Shea and Lewis Grabban are on the comeback trail.

After a slow start, the Black Cats are now priced at 21.00 to win promotion from the Championship this season.