Sunderland boss David Moyes set to give youth a chance 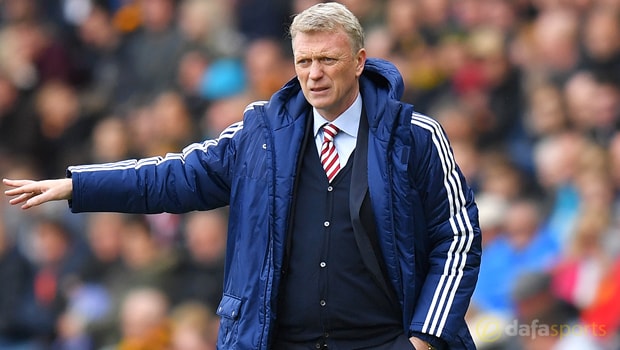 Sunderland boss David Moyes has suggested he could field a youthful looking side when they take on Arsenal on Tuesday evening.

The Black Cats were disappointing as they went down 2-0 at home to Swansea on Saturday and having had their relegation already confirmed, some of their players have apparently started to look elsewhere.

Moyes himself has said he will be staying at the Stadium of Light but the futures of a number of his more high-profile names are less certain.

The Scot has revealed that chief executive Martin Bain is to hold talks with players set to be out of contract and those looking to leave in the near future.

Rather than worry about situations that are out of his hands, the boss is looking forward to Tuesday’s game in north London and has dropped a strong hint about his team selection.

With injuries also an issue, Moyes has suggested he could field a youthful line-up at the Emirates, possibly with an eye on building for next season.

“We’ve spoken to everyone at the club who has a situation with their contracts where it could be terminated or they could leave…” he told a press conference.

“They all know and they’re ongoing so it’s been passed over to Martin Bain, and they’ll speak with their agents and see where we go.

“I’m more concerned that I’ve now got others who are saying they’re injured as well, but we will go there and be committed.

“It might be that we have to take the kids with us to Arsenal but that’s not a problem.”