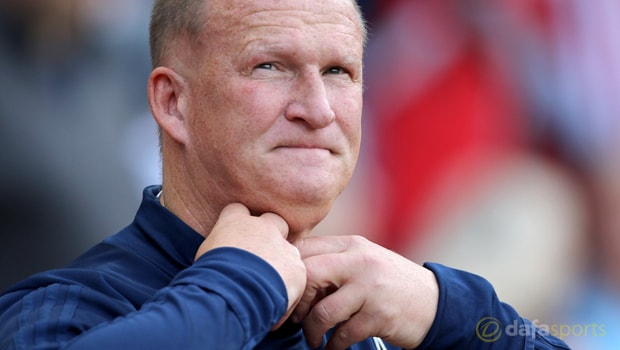 Manager Simon Grayson is adamant his Sunderland squad have more than enough to challenge the teams at the top of the Championship and he hopes results will start to improve.

Grayson has found life difficult since taking charge at Sunderland this summer and the north-east outfit are currently languishing down in 23rd position in the Championship, having picked up just one league win from 12 matches.

Since the 3-1 away win at Norwich City on August 13, the Black Cats have only tasted success once and that came in the EFL Cup clash against Carlisle United.

The pressure is mounting on the former Leeds boss and he could desperately do with a positive result away at Brentford, who have had a similarly sluggish start to the campaign, on Saturday.

Sunderland, who are 3.50 to get relegated, are 4.33 outsiders to pick up all three points, a draw is priced at 3.80 whilst the hosts are firm 1.75 favourites to triumph on home soil.

The Black Cats need to produce a performance this weekend and Grayson, who brought in 10 new players this summer, is confident his squad has enough to start climbing up the table.

“When they’re all fit and able to be ready to be called upon, I think it’s as good as many of the teams in the top eight in terms of the strength in depth,” he said.

“When you look at our attacking options, when they’re all available, if you end up with the team that finished the game last week – McManaman, McGeady, Williams, Grabban – that’s exciting as any team in this division.

“Add to that Vaughan, Watmore and others, it’s a good squad to have. We just haven’t been able to put it all together at the right time.”