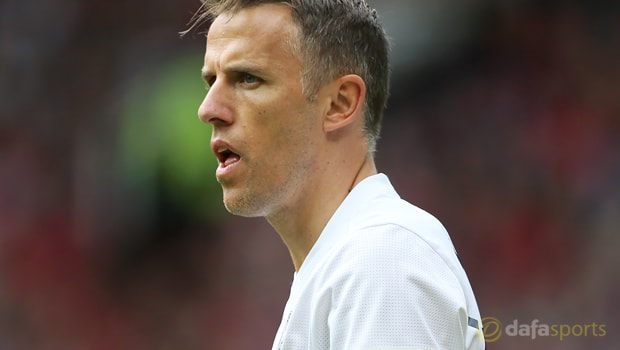 Former Manchester United and Everton defender Phil Neville says Sunderland are in crisis at the moment but he is still interested in taking the vacant managerial position.

The Wearsiders have been on a downward spiral since being relegated from the Premier League last season and are currently sitting bottom of the Championship, having won just one of 16 matches.

The Black Cats made the decision to sack manager Simon Grayson just over four months into his three-year contract following the recent 3-3 home draw against Bolton Wanderers.

Robbie Stockdale and Billy McKinlay have been placed in temporary charge but they were unable to stop the team from losing 1-0 to Middlesbrough last time out in the Tees-Wear derby.

Several names have been linked with the vacant post at the Stadium of Light and defender John O’Shea, who is still on the books, is being touted as a potential replacement.

However, Neville, who has reportedly turned down the chance to join David Moyes at West Ham until the end of the season, has thrown his name into the hat after making it clear he wants to get into management.

He told the BBC at the weekend: “I wonder whether it can get any lower than it is at the moment [at Sunderland]. The training ground is as good as any Premier League club.

It needs somebody to go in there, grab those young players, be a little bit aggressive and give them something.

“The place needs lifting. There is no positivity. I think it is an attractive proposition.

There are British coaches in the lower leagues who would jump at the opportunity to manage Sunderland.”

Sunderland return to action on November 18 with a home clash against Millwall and the hosts are 2.30 favourites to win. The draw is priced at 3.30 while the visitors are a 3.10 chance.