Paul Lambert mulling over next move 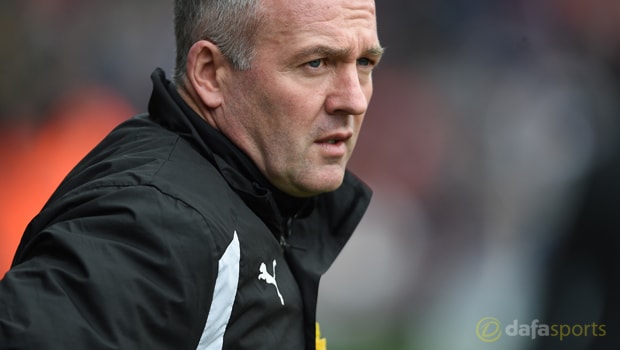 Paul Lambert admits he is currently ‘mulling over’ his options in regards to his next managerial move.

The Scot has been linked to the vacant post at Sunderland after the Black Cats missed out on his compatriot Derek McInnes, who elected to stay with Scottish Premiership outfit Aberdeen for another season.

The 47-year-left Wolves a fortnight ago and his availability and Championship experience makes him a potentially appealing candidate to Sunderland.

The Wearside outfit have suggested that any immediate appointment is set to be on hold with takeover talks currently ongoing in the background making it difficult to offer assurances to potential new managers.

Ellis Short hopes to have takeover talks concluded in the next 10 days, as Sunderland’s players will soon return for pre-season training ahead of their campaign in England’s second tier.

Lambert says he’ll only go back into management quickly if the right option presents itself.

“I’m fortunate I don’t really need to jump into anything that I don’t think’s worthwhile or I think, ‘no, it’s not for me’,” he told BBC Scotland.

Lambert has managed the likes of Aston Villa and Norwich before leading Wolves. The ex-Celtic midfielder was a Champions League winner during a one-season spell with Borussia Dortmund in the Bundesliga as a player.

Moving back to his native land doesn’t appeal to Lambert right now, with a move abroad or another job in England topping his wishlist.

“It’s been brilliant [in England]. I’ve loved my time down there. I’ve had opportunities to go abroad, which I’ve turned down,” he added “I think my time’s probably away from Scotland.

There’s one or two things that I’m mulling over in my head at the minute.

I’m never adverse to anything but I think I would rather stay in England or I’d go abroad.” Sunderland are 15.00 to win the Championship title in 2017/18.