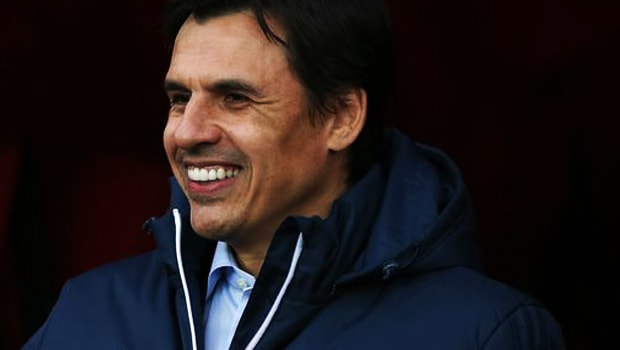 New manager Chris Coleman has demanded his Sunderland players “embrace” the challenge of ending their wretched run of form at the Stadium of Light.

The Wearsiders lost won a competitive fixture on home soil on December 17 last year in a 1-0 victory against Watford and have since been relegated from the Premier League.

They have two remaining fixtures at the Stadium of Light this calendar year – against Slavisa Jokanovic’s Fulham on Saturday and Steve Cotterill’s Birmingham City on December 23 – as they look to sign off 2017 with a win.

“It is hard for us now, difficult. There’s big pressure, especially when you haven’t won at home for so, so long,” former Wales manager Coleman told reporters.

“But I’ve said to the players, I promise you, in 20 years’ time when you’ve stopped playing you’ll look back and think, ‘wow, I played for that football club, what an absolutely huge club.

Why didn’t I enjoy it more?’ There is pressure, yes, but you’ve got to embrace it.”

Sunderland are entrenched in relegation trouble at the wrong end of the Championship table – just one point above rock-bottom Burton – after taking just 15 points from 21 games.

They have won only two games in the second tier so far this season and Coleman has been told he may not be given funds in the January transfer market.

Coleman was appointed as successor to Simon Grayson last month and has warned his relegation-threatened players they must not hide from their responsibilities.

The 47-year-old, speaking after he and his squad visited children’s wards at three north-east hospitals, said: “That’s the challenge for us and we’ve got a lot of hard work to do. It is a huge fanbase, a one-club city and there is something special waiting to come back.”

Sunderland are quoted 3.00 in the match betting and the draw outcome is currently priced 3.40. Fulham can be backed at 2.30 to win in 90 minutes.