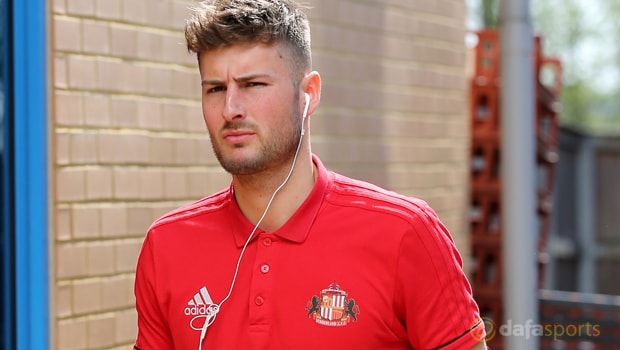 Academy graduate Ethan Robson is hoping the next generation of Sunderland’s rising stars can spearhead a successful promotion charge back to the Championship next season.

The Wearsiders were relegated for the second season in succession on April 21 and a major transition is expected to take place in the summer, with prospective owner Stewart Donald promising a “spectacular deal” to transform the club’s fortunes.

The Black Cats are also charged with the task of finding a new manager after Chris Coleman was released from his contract just seven months after taking charge.

Coleman was credited with promoting up-and-coming talent at the back end of his tenure and 21-year-old local Robson, who recently signed a new contract to stay until 2020, says he hopes to be given the chance to return the club back to the second tier.

Robson told reporters: “We need to stick together because it could be a big season for us.

“We need to take the experience we’ve had this season into next season and hopefully have a good season.

“As a Sunderland fan myself, it [relegation] hurts me loads, and it’s the same for the other lads,” he added.

“But hopefully next season we can have a great season and bounce back.”

Sunderland end the regular season with the visit of Premier League-bound Wolves and Robson says the players are determined to finish on a high.

He said: “Fingers crossed I’m involved, because I love being out on the pitch.

“I I feel like the game [against Wolves] would be good for me, and it would be good to end the season on a high and, knowing what’s happened, we’d like to put a performance on for the fans.”

Sunderland are available to back at 5.50 and the draw outcome is quoted 4.40, while promoted Wolves are currently trading 1.57 to win in 90 minutes.