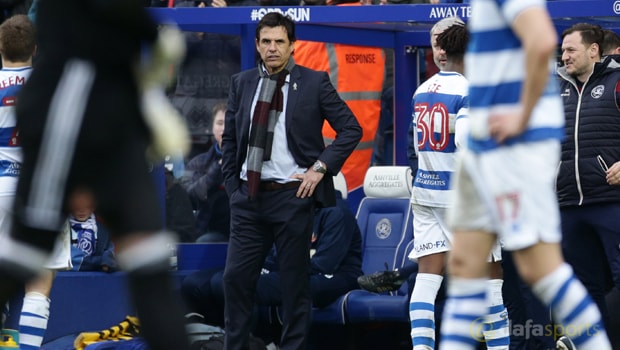 Chris Coleman insists Sunderland can still drag themselves out of the relegation zone, despite falling to a 1-0 defeat away at Queens Park Rangers on Saturday.

The Black Cats have been unable to address their long-term issues after falling down to the Championship this season and they are in serious danger of suffering back-to-back relegations.

Sunderland currently sit rock bottom of the second tier, four points from safety, with nine games left of the campaign.

Saturday’s encounter at Loftus Road saw them reduced to 10 men just five minutes into the second half when goalkeeper Jason Steele was shown a straight red card.

Ebere Eze piled further pressure on Coleman and his side when he netted the only goal of the afternoon for QPR shortly after the hour mark.

The north east outfit face a tough run of games between now and the end of the season with the likes of Preston, Derby, Leeds, Norwich, Fulham and Wolves on their schedule.

However, they also take on Sheffield Wednesday, Reading and Burton Albion, who are all down in the bottom half, and Coleman feels his men can pick up the required points to move out of the bottom three.

Coleman said: “We’ve got to keep going. The teams around us keep dangling carrots in front of us and as long as they’re not pulling away then we have to keep going.

“If we can just get that win we can close the gap to a point. The players have got to show heart.”