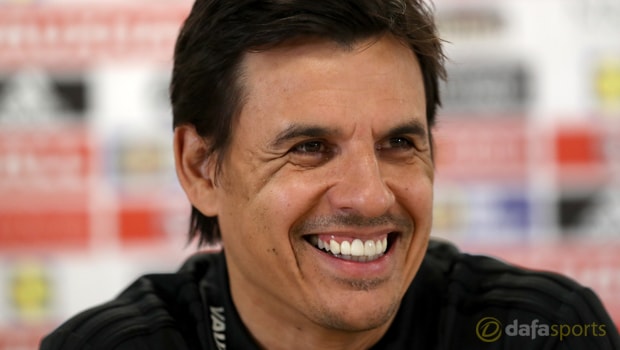 Newly appointed Sunderland manager Chris Coleman wants everybody connected with the club to pull together as he bids to turn their season around.

The Black Cats are currently bottom of the Championship standings and they became the first team in English football history to go 20 consecutive home matches without a win.

The North East club are currently four points adrift of safety and in real danger of suffering back-to-back relegations, following on from their demotion from the Premier League last season.

Former Wales boss Coleman is the latest man charged with turning Sunderland’s fortunes around and he is confident the club will return to winning ways sooner rather than later.

“Someone’s going to turn this club around,” Coleman told the club’s website.

“Whether it’s me or whether it’s the next one, sooner or later this club will start climbing again, start playing in front of a full house again, get the city rocking and rolling. I want that to be me, of course.”

Despite his confidence, the 47-year-old is under no illusions just how tough his job will be and he has called on everyone connected with the club to pull together during their hour of need.

“I’m going to need all the supporters, all the staff, the players, everybody to come with me,” he added.

“It’s such a big club that, when we gather momentum, it’s pretty hard to slow it down, but the start is always the toughest part.”

Coleman’s first match at the helm will be Tuesday night’s away clash with Aston Villa, as Sunderland go in search of their first win in any competition since August.

The Black Cats are priced at 4.75 to kick Coleman’s reign off with a victory, while Villa are available at 1.73 and the draw is on offer at 3.60.