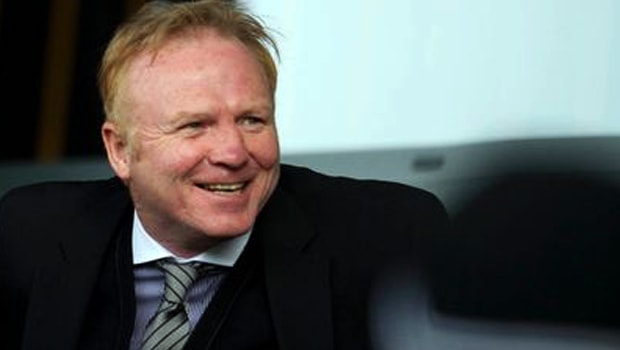 The north-east outfit are still hunting for a new boss following the departure of Moyes at the end of the 2016-17 season when relegation to the Championship was confirmed.

Sunderland are keen to get a new manager in as swiftly as possible as they attempt to rebuild the squad and mount a challenge for an immediate return to the Premier League.

The likes of Aberdeen boss Derek McInnes, Preston manager Simon Grayson and Nigel Pearson have been mentioned as potential candidates but Rae feels McLeish would fit the bill.

McLeish has been out of work since an unsuccessful spell in Egypt with Zamalek last year, which saw him sacked after just 10 games. However, Rae feels his managerial record speaks for itself and believes he has all the right qualities to get Sunderland back on track.

Rae worked as McLeish’s number two at Belgian side Genk during the 2014-15 season and he’s urged Sunderland to consider the Scot. “For me, Sunderland need a manager like McLeish,” Rae said.

“Sunderland is a monster of a club. To be a manager there, you have to be able to deal with the pressures that come with the responsibility.

“McLeish has been at Rangers, had to deal with being a previous Birmingham City boss at Aston Villa. “He is a big, big character. Not only that, he is a manager who has trophies coming out of his ears.

“He has managed at that level, won cups north and south of the border and even managed at international level and abroad.

“McLeish has got everything. He has presence when he walks into a dressing-room, can command respect and he has the man-management skills.”