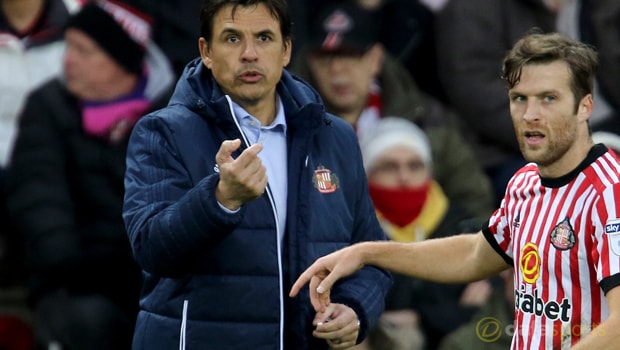 Adam Matthews has backed his Sunderland side to cause a massive upset when they take on Championship leaders Wolves on Saturday.

The Black Cats’ poor start to the season means they are well entrenched within a relegation battle and any hopes of an immediate return to the Premier League already appear dashed.

In contrast, Wolves spent big in the summer and are reaping the rewards, currently sitting four points clear at the top of the Championship.

Even though 33 points currently separate the teams ahead of Saturday’s clash at Molineux, Matthews believes there is still hope for a shock win.

Chris Coleman’s recent arrival to the Stadium of Light dugout has seen an improvement in performances, most notably in the win at Burton.

However, Sunderland’s position of 23rd contributes to the fact they are a full 8.00 to win on Saturday, with the draw 4.50 and the Championship pacesetters the 1.40 favourites.

Matthews is ignoring the doubters, though, and feels the belief within the squad can carry them to what would be a significant upset.

“We’re going there expecting to get the three points,” he said.

“In the position we’re in most people will think it’s an easy game for Wolves but we know the character we’ve got in the changing room and going off the Burton performance and some of the Reading performance we’re confident we can get a result.

“We want our luck to turn but it’s not about luck. We need to turn it ourselves, it’s not going to do it on its own.

We’ve got to get this result out of our head and focus on the game on Saturday against Wolves.”