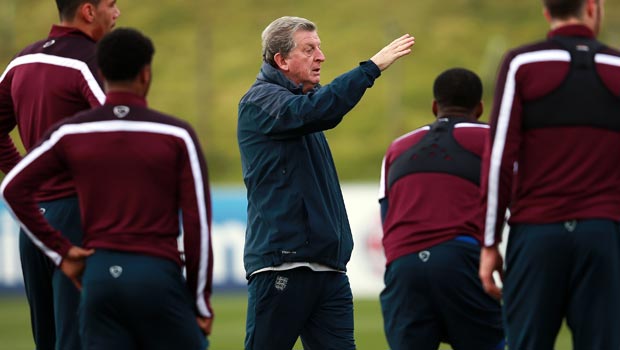 England manager Roy Hodgson insists his team are prepared and ready to go head-to-head with Lithuania in the Euro 2016 qualifier on Friday.

The Three Lions are currently top of their group after four victories from as many games and they are very well positioned to automatically qualify for the finals in France next year.

The performances have been much more positive than those witnessed at the World Cup in Brazil last summer, when they failed to win a game, and the confidence is certainly brimming within the team.

Lithuania, who are 94th in the world rankings, are fourth in the group but they are level on six points with Slovenia and Switzerland, who are second and third in the table respectively.

England are overwhelming favourites to record a fifth qualifying victory in the group and Hodgson is confident of picking up all three points at home on Friday.

“Even I can’t pronounce a few of the names,” he said. “We have been through their style of play and we think we know enough about them.

“People know more about Premier League players, but I hope we know enough. I hope the players are prepared to do what we want to do and cause them problems.”

Hodgson has refused to reveal if Tottenham striker Harry Kane, the top English scorer in the Premier League with 19 goals, will make his debut for the senior side against Lithuania but the manager did say the Spurs ace would feature in either this game or the Italy friendly clash on Tuesday.

He added: “I’m pretty sure over the course of these two games he will make his full debut, but I’m not prepared to give my selection away and when that is people will have to wait and see.”