Posted by Robert Morris on September 6, 2014 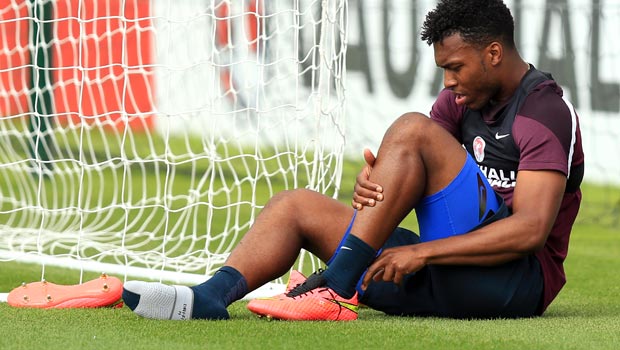 Liverpool striker Daniel Sturridge has been forced to withdraw from the England squad set to face Switzerland on Monday after sustaining an injury during training.

Sturridge featured for 89 minutes of the 1-0 win over Norway at Wembley on Wednesday night but he will now be unavailable for the Three Lions opening Euro 2016 qualifier in Basel.

The Liverpool man sustained an injury to his thigh during Friday’s training session at St George’s Park and after undergoing scans he has been forced to return back to Merseyside for treatment.

The Football Association confirmed that he would not be involved in what some regard as England’s toughest game of the qualification process in a group that also contains Solvenia, Estonia, Lithuania and San Marino.

An FA spokesman said: “Daniel Sturridge has had a scan and will now return to Liverpool FC for treatment. He will play no part in the forthcoming Switzerland match.”

“Nothing worse than being injured.

“Hopefully be back soon fighting fit for LFC.”

The former Chelsea and Manchester City man has made a positive start to the season after recovering from a knock picked up during Liverpool’s pre-season tour of the USA.

Sturridge has turned out for the Reds in their first three Premier League, netting a crucial goal in the opening day 2-1 win over Southampton who are priced at 10.00 to get relegated.

England boss Roy Hodgson will now look to Wayne Rooney, Rickie Lambert and Danny Welbeck to lead the attack in the absence of Sturridge.