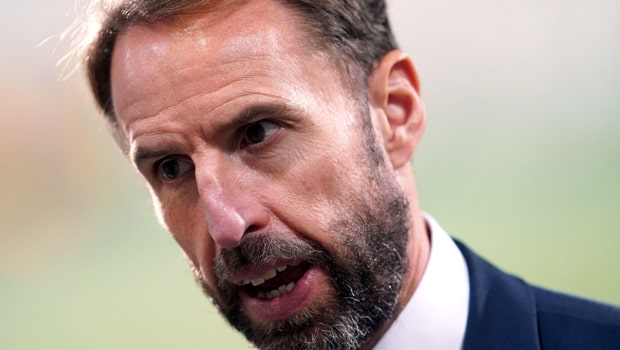 Garreth Southgate is in the hot seat after a disappointing 1-1 draw against Hungary on his way to qualify for Qatar 2022.

The result against Hungary puts the Three Lions in a problematic situation, as they need four points to qualify with only two games to go.

In other words, Southgate must do well against Albania and San Marino. Both matches seem not to be complicated for the squad, and it is very possible that they will ensure the classification.

However, fans are not happy with Southgate as in the game against Hungary; he took the freedom to experiment with the lineup.

In the game that took place at Wembley, the English coach opted for a much more attacking formation. Nevertheless, this did not work out well, and the squad looked disorganized.

In addition to Southgate’s experimental lineup, several players showed poor performance. Such is the case with Harry Kane, who seemed not to be focused on the game.

Fans expressed their dissatisfaction with the result and performance of The Three Lions on social media and with messages to sports shows.

TalkSport reported that it received a flood of messages and calls from angry fans at Southgate. In fact, one of the fans stated that he would like England to lose the game to San Marino if it means Southgate is sacked.

Some fans call for Southgate to be replaced by Brendan Rodgers or Graham Potter.

So far, Southgate has been one of the most successful managers of the Three Lions, leading them to a World Cup semi-final and a The European Championship final. However, it seems that he no longer has the fans’ support, and they demand a quick change.