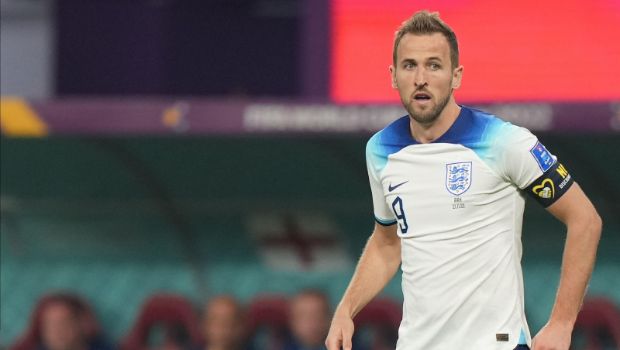 England captain Harry Kane has stated that the Three Lions will learn from their 2-1 defeat to France in the quarterfinals of the FIFA World Cup to be mentally and physically prepared for the 2026 World Cup, where they hope to win the elusive world cup title.

England hasn’t won the World Cup since the 1966 edition on home soil. Gareth Southgate’s side got to the semifinal in 2018 but lost to Croatia before losing to Belgium in the third place.

After topping Group B, which has Wales, the USA, and Iran, the Three Lions beat Senegal in the round of 16, but they failed to progress to the semifinals after losing to the defending champions, France.

The 2018 champions took the lead in the first half from a superb strike from Aurelien Tchouameni before Harry Kane scored a penalty in the 54th minute to put both teams level.

However, Olivier Giroud scored with 12 minutes left to play to put France front, Kane had the opportunity to level things in the 84th minute from the penalty spot, but the Tottenham Hotspur striker blew the chance as England got knocked out of the competition.

England’s record goal scorer stated that he is gutted but having given everything, the team will use the experience for their next challenge, which starts with the 2024 European Championship and FIFA World Cup in 2026.

“We’ve given it everything, and it’s come down to a small detail which I take responsibility for. There’s no hiding from it, it hurts, and it’ll take some time to get over it, but that’s part of the sport. Now it’s about using the experience to be mentally and physically stronger for the next challenge. Thanks for all the support throughout the tournament – it means a lot.” Kane said.