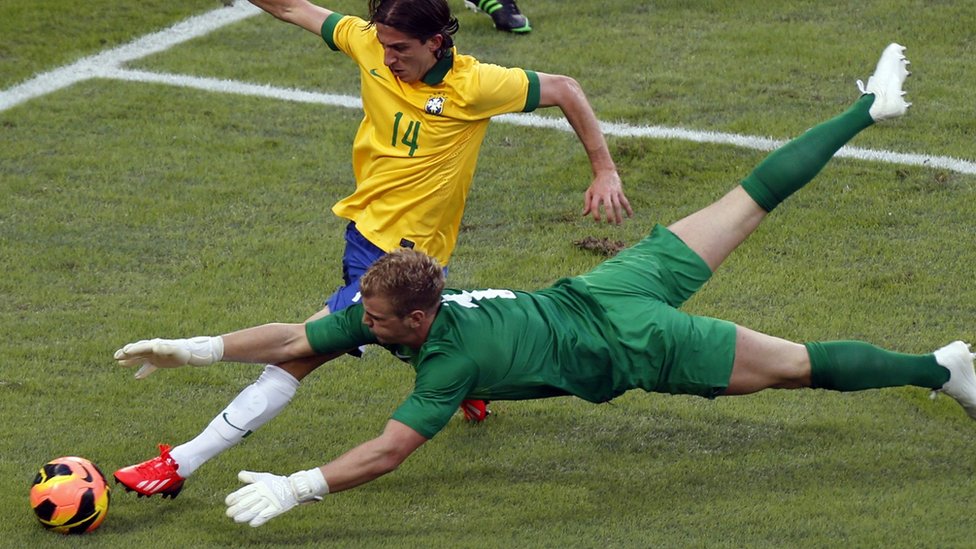 Alex Oxlade-Chamberlain and Wayne Rooney were England’s targets because of a 2-2 draw against Brazil.

Despite coming on as a substitute, the Arsenal starlet made his presence felt by firing a beautiful equaliser, to be followed by the Manchester United man’s top-corner strike with 11 minutes left in the match.

However, the hosts found their way back into the tie through Paulinho’s volleyed attempt in the 82nd minute.

The Three Lions were outclassed for the most part, with the 2014 World Cup hosts firing from all cylinders and only being stopped by Joe Hart’s heroics before Fred’s goal in the 57th minute.

Manchester City’s goalkeeper was tested as early as the 18th, with Glen Johnson’s error resulting in an outstanding chance for Neymar, but the Brazilian was unable to beat Hart.

Leighton Baines was subbed out in favour of Ashley Cole, as the Chelsea defender increased his international caps to 103 despite coming on as a substitute for the first time.

In the second half, coach Luis Felipe Scolari made a decision of replacing Oscar with Lucas Moura, which was met with disapproval by the home crowd. However, they quickly got over the change as the hosts took the lead after Fred reacted first after Hernanes’ shot hit the cross bar.

Roy Hodgson’s men finally sprung to life after falling behind, stringing together two quick chances after James Milner drove a shot only to be deflected by Julio Cesar, while Rooney had a headed attempt from the resulting corner.

Their resurgence found them their equaliser as Frank Lampard and Rooney combined to give Oxlade-Chamberlain an attempt at a low cross which found the bottom corner of the net.

Rooney then gave the Three Lions the lead after his curling shot took a deflection from Fernando to leave Cesar helpless.

However, the visitors’ celebrations were cut short after Paulinho hit a shot beyond Hart to give the hosts a deserved result.