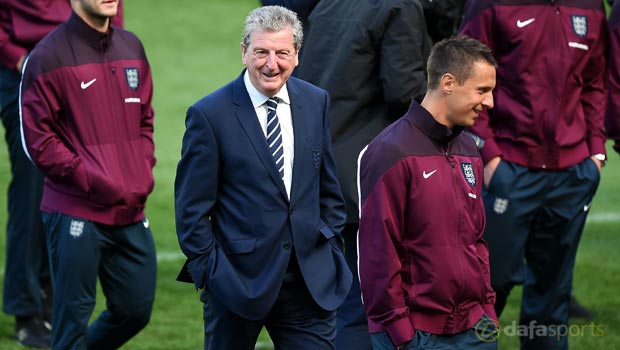 England boss Roy Hodgson says his side got nowhere near the standards they have set themselves as they limped to a 0-0 draw against Republic of Ireland in Dublin.

England appeared to making progress after some encouraging performances since the World Cup humiliation, but put in a tedious performance against the Republic.

Hodgson was also left disappointed as England mustered just three shots on target, and when quizzed about the performance after the game, he struggled to find any positives.

“We set ourselves high standards and got nowhere near them in the first half,” he told reporters.

“We were marginally better in the second half, but we were very critical of ourselves.

“We’ve had a good run, a year almost unbeaten, but we came here believing if we played our best football we could win the game and we never got close to that.

“We didn’t lose, but we have to accept there were a lot of things we could have done better.”

England are on course to qualify for the European Championship in France next summer and are currently priced at 1.03 to win Group E. But Hodgson says England will have to be much, much better when the tournament gets underway in 12 months’ time.

“It’s important we are critical and continue to set ourselves high standards,” he added.

“We want to go to France and play teams there, and we’ll have to play better than we did today.”

The England boss now takes his team to Slovenia next Sunday for the final Euro 2016 qualifier of the season.