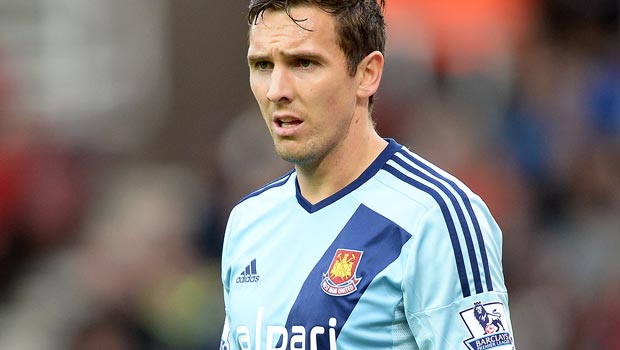 West Ham manager Sam Allardyce is hopeful both Stewart Downing and Cheikhou Kouyate will be available for selection for Saturday’s Premier League clash with Newcastle United.

Downing has been out of action since picking up an injury whilst on international duty with England and the midfielder missed the recent 2-1 loss to Everton.

The 30-year-old has been in sensational form for the Hammers this season having been switched to playing at the tip of a diamond instead of out on the wing.

Downing has managed to score twice in the Premier League this term and has also been prominent in the assists chart, with the Englishman’s performances helping West Ham rise to sixth in the table.

Kouyate is also on the mend and the midfielder, who has appeared seven times this term, is pushing for a recall against the Magpies.

Allardyce confirmed the duo are back in training but revealed there are still some players that remain on the sidelines at the moment.

“We’ve got Stewart Downing training today and [Cheikhou] Kouyate too,” he said. “The rest of our injured players have got a chance but it’s slimmer than we expected. The only other possibility would be Mark Noble, who came off injured [against Everton].”

West Ham will face an in-form Newcastle side on Saturday with the Magpies winning their last five Premier League games, with Alan Pardew’s side defeating Tottenham, Liverpool, Leicester, West Brom and Queens Park Rangers in that spell.

The Geordies also dumped Manchester City out of the League Cup, meaning the Toon having picked up six consecutive victories across all competitions.

Despite the fantastic run of form, Newcastle are outsiders at 3.53 to clinch all three points away from home whilst West Ham are favourites at 2.14.