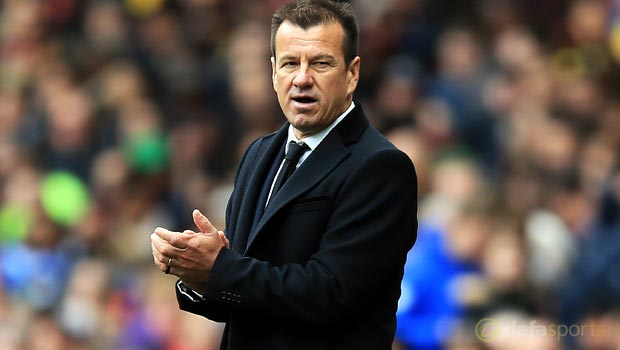 Brazil boss Dunga believes that referees at the Copa America must provide more protection for top-players, while also confirming that they will appeal Neymar’s suspension.

Neymar was shown a red card following the conclusion of the 1-0 defeat to Colombia – who are priced at 6.50 to win the tournament – after kicking the ball toward Pablo Armero, while he also appeared to head-butt another player who came to confront him.

The Barcelona man had already been shown a yellow earlier in the match, which would have been enough to keep him out of their next fixture against Chile.

Dunga, who took charge of the national side after their exit from the World Cup last summer, believes that Neymar had been kicked out of the game. The 51-year-old feels that influential players should be afforded more protection from the officials.

The coach said: “Neymar was hit 20 times during the game. After, he lost control and touched the ball with his hand, and he got a yellow card. Is this fair?

“Just like (Alexis) Sanchez, (Lionel) Messi, and (Angel) Di Maria, these players have to be protected from so many fouls.”

Neymar has subsequently been hit with a four-game suspension, which will see him play no further part in the competition.

However, Dunga revealed that the Brazilian confederation is set to appeal the ruling to try and get a fairer outcome for all parties.

He added:” [The Brazilian confederation’s] legal department will file a counterpoint to Neymar’s sanction.

“We don’t want anything in favour or against, just what’s fair,”