Drogba will face Mourinho’s men in the Champions League quarterfinal 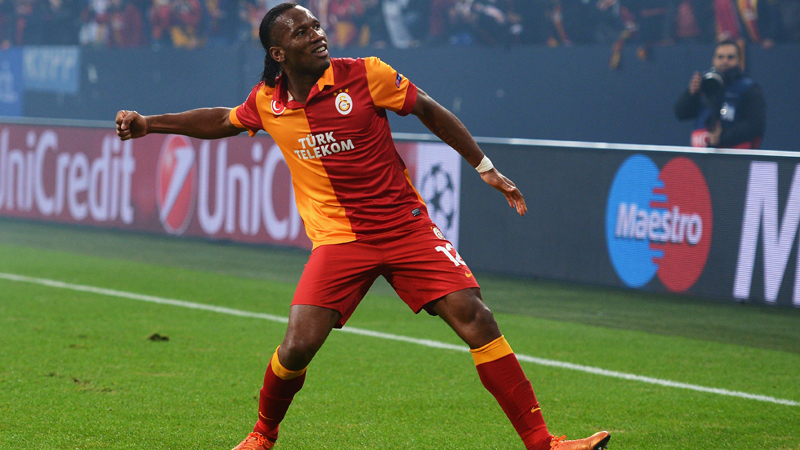 Among the matches left in this year’s European competition, the tie between these two clubs is the only one that pits domestic league champions. Madrid won last year’s La Liga, while Galatasaray beat out Fenerbache in the Super Lig.

The Los Blancos have had a rough start to their 2012-13 campaign. They are currently in second place in their league, with a decent gap between them and leaders Barcelona. While some have conceded the domestic title to their fiercest rivals, winning the Champions League this year will surely make-up for it.

They certainly have the personnel to do it. And with arguably one of the best players of all time, Cristiano Ronaldo, in the starting XI, Madrid are always favoured to win.

The Portuguese has had a stellar year so far, scoring 27 goals in the league and tied at the top spot in the Champions League with eight.

Jose Mourinho doesn’t have to depend entirely on his star, though, as Madrid boast one of the best lineups in football today. Karim Benzema and Gonzalo Higuain are very capable strikers who can win games at any time. In the middle of the field, Mesut Ozil, Luka Modric and Angel di Maria are only some of the players who consistently give positive performances for the club.

Last year, Madrid were eliminated in the semifinals of the competition by eventual runners-up Bayern Munich. They will surely want to erase that bitter memory but getting through Galatasaray will be their first step.

Making their first return to the premier European competition since last participating in 2008, Galatasaray seem to be very keen on making a run to the top.

Finishing in second place in the group stages behind Manchester United, the Turkish outfit showed their class in a close last 16 tie against Bundesliga outfit Schalke 04.

After a 1-1 draw in the first leg at home, the pressure was on the Turks as their opponents only needed to stop them from scoring to move on in the competition. However, Fatih Terim executed his game plan to perfection and scored three times as they beat their opponents 3-2 to move on to the next round.

Galatasaray have an impressive assembly of players, particularly in the offensive end. New acquisitions Wesley Sneijder and Didier Drogba will provide experience and talent to help find goals.

Burak Yilmaz, who is coincidentally tied with Ronaldo as the leading scorer in the competition, has performed very well for the outfit, and he will be the focal point of their offence.

Most would claim that Real Madrid have a distinct advantage. However, against a hungry team with something to prove, they will have to be at their very best.

The first match will be held at the Santiago Bernabeu where Madrid will be expected to win. However, if the Turks get to score, or at least keep it competitive, they can bring a morale victory home to Istanbul to try and overcome the Spanish giants.