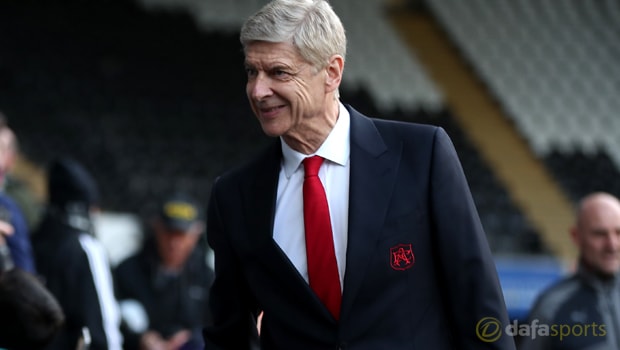 Arsene Wenger was left purring after watching Arsenal overcome Swansea with a four-goal success at the Liberty Stadium.

Arsenal had their hosts to thank for some assistance after both Jack Cork and Kyle Naughton put through their own goal.

Olivier Giroud had opened the scoring and the ever-impressive Alexis Sanchez netted his team’s fourth goal to cap a fine display.

The win hoisted Arsenal into third spot overnight and means they’ve taken ten points from 12 on offer since Christmas Day.

While Swansea didn’t help their own cause, Wenger felt Arsenal’s attacking intent throughout the second half meant the goals would likely have come one way or another.

“The first half was very intense physically, they gave a lot in the first half and then our pace took over. They had problems containing us,” he said.

“In the second half, you could see we could create chances. Our transition and accuracy of passing was very good.

We were fortunate with the goals, but the chances were there.” The Gunners bid for a first title since 2004 had stuttered on the road recently, with an away record of one point from their past three Premier League away matches.

They have a chance to pick up another three points next weekend when Burnley are the visitors to the Emirates Stadium.

New Swansea boss Paul Clement conceded that his side were not in the game after Cork’s own goal on 54 minutes, echoing Wenger’s sentiments on the attacking quality Arsenal had at their disposal.

“In the second half, we started poorly and then it was an uphill struggle after the first own goal. Arsenal showed how much quality they have offensively,” said Clement.

Arsenal are 1.20 to beat Burnley next weekend, while the Gunners are 12.00 to win the title.