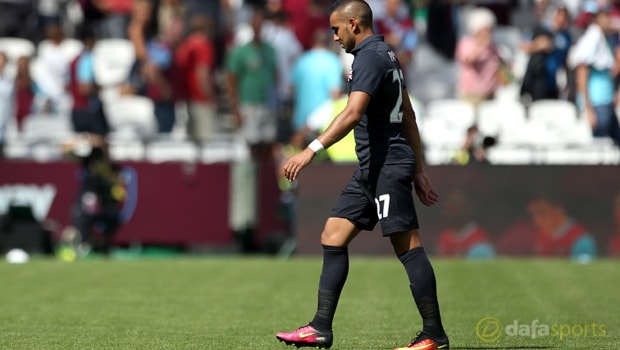 Dimitri Payet says he doesn’t need to justify himself after forcing through a £25m move from West Ham to Marseille.

The France international playmaker returned to his former club following a month of tension in east London after he informed West Ham he no longer wanted to play for them.

Payet had been banished to the elite development squad after refusing to play against Crystal Palace in the middle of January.

West Ham had initially vowed they wouldn’t sell their prized asset but Payet’s stance eventually saw the move go through.

The player insists he was honest with Hammers boss Slaven Bilic at all times ahead of his move back home.

“I don’t have to justify my behaviour. Slaven Bilic and I had a lot of talks between us, we know what was said.

I have no other comment,” Payet said at his unveiling in Marseille. “I’d rather savour the moment. I’ll speak about what happened at another time, but not now.

“I think the fact that I wanted to change meant I didn’t feel good at the club I was at, but it was more the fact of the need to return to France – and Marseille in particular – for a project that suited me better.”

Payet became a star at West Ham for his performances during his one full season in England.

The 29-year-old scored a dozen goals in 38 appearances in all competitions last season, earning himself a nomination for PFA Player of the Year and a place in the France squad for Euro 2016.

Despite the sour ending to his time in east London, Payet says he enjoyed playing for the West Ham faithful.

“I want to say that I honestly had an exceptional year with those fans. The story didn’t finish as hoped but, for me, I have a very good memory of the West Ham fans,” he added.

West Ham are 5.50 to beat Manchester City on Wednesday night at the London Stadium. Pep Guardiola’s side are 1.57 with the draw 4.33.