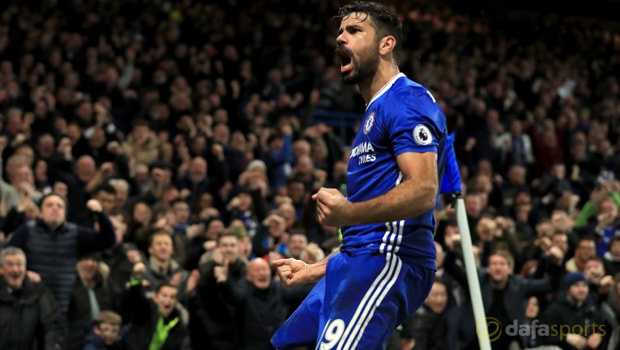 Chelsea forward Diego Costa admits he wanted to leave the club during the summer and that he almost re-joined Atletico Madrid.

The Spain international has enjoyed a scintillating first half of the season with the Blues, scoring 14 goals in 18 Premier League appearances, as the club have embarked on a 13-match winning run in the top-flight.

Costa’s current form is in stark contrast to the first half of last season, when he only had three goals to his name before Jose Mourinho’s sacking in December 2015, and he has now revealed that he was keen to re-join Atleti during the summer.

“Could I have gone in the summer? Yes, yes. I was about to leave,” he said. “I was about to but, well, I’m happy here as well and that’s that.

“Did I want to go? Yes, yes. I had the possibility to go to Atletico, because of a few things, the family, the life I have there but not because of Chelsea.”

The 28-year-old insists he is currently enjoying his football at Stamford Bridge and has praised the impact that boss Antonio Conte has had since his arrival in West London.

“The truth is the manager is good with the players, every time making more jokes with the players, and that’s good for us, to have a manager who is not just a boss but like a person we can talk with, someone whose support we can count on in difficult moments,” Costa added.

“He is calm with the players and you can see the people love him more all the time.”

Chelsea can break the Premier League record for successive victories if they secure their 14th-straight triumph when they take on Tottenham at White Hart Lane on Wednesday.