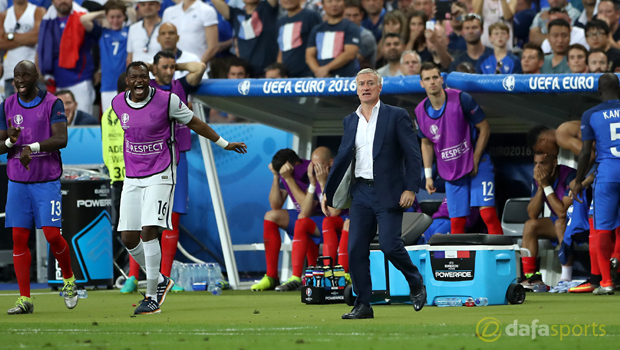 Head coach Didier Deschamps admits France passed up a fantastic opportunity to win Euro 2016 and Sunday’s defeat will hurt the players and fans for some time.

France were the favourites to win the major tournament on home soil as they were aiming to secure a record-equalling third European Championship, having triumphed in 1984 and 2000.

Antoine Griezmann, who won the Golden Boot after bagging six tournament goals, was denied in the first half after a great save from Rui Patricio before nodding over from close-range in the second.

The clash appeared to be heading for penalties after few chances were created in extra-time but Eder, who plays for French outfit Lille, smashed in an effort from distance in the 109th minute.

Portugal, who only won one game in normal time, managed to hold on and win their first ever European title after finishing runners-up back in 2004, despite losing Cristiano Ronaldo to injury early on.

For France, the disappointment is clear to see and Deschamps admits the players missed out on what would have been a third success when hosting a major event.

“We’ve let a big chance to be champions pass us by,” he told French television channel M6 at Stade de France.

“There are no words to describe this feeling.

You need time to digest it. We suffered together, we won together, and in the end we lose together.

It’s difficult, but it’s like that.” Deschamps, who is under contract until 2018, will now be turning his attention to qualifying for the World Cup in Russia in two years.

Les Bleus are 10.00 to win the competition while defending champions Germany, who were knocked out of Euro 16 at the semi-final stage by France, are the 6.00 favourites.