Kroos gives Juventus credit despite aiming to eliminate them 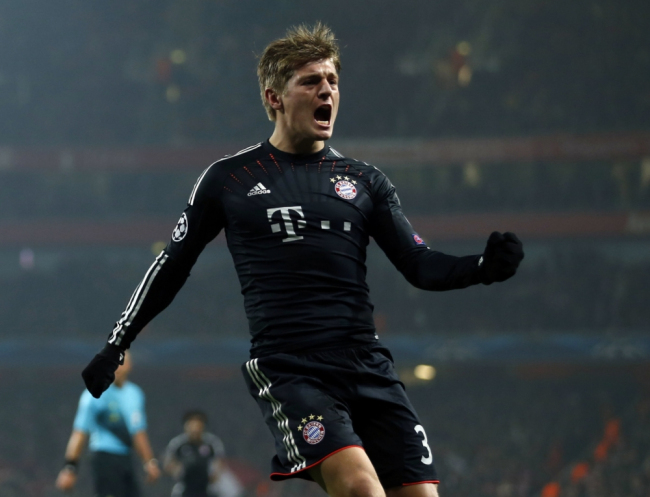 Toni Kroos and Thomas Mueller know one of Juventus’ strengths is their great team chemistry.

Bayern Munich will host the Italian champions in the first leg of their Champions League quarterfinal tie on Tuesday, and Mueller had all praises for the Serie A outfit, claiming the lack of a single superstar works to their advantage.

“Juve does not have a Lionel Messi who scores 50 goals a year, they perform as a team and they’re very united,” Mueller said.

“Because of this everybody knows that it’s going to be a very unpleasant game.

“Why unpleasant? Because you do not have to focus on one player because they act as a team, they stick together.

“That’s the nice part of football, if you fit together as a team, it’ll become very difficult for the opponents.

“In my opinion, that description fits Juventus.

“Of course we can talk about single players, obviously they’ve got a huge quality in every part of the team, but as I see them, the biggest strength of Juve is the whole team.”

Kroos went on to believe that aside from Juventus, Barcelona would have been the other tough quarterfinal matchup.

“In the quarter finals of the Champions League there are no easy opponents but Juventus is extremely difficult to play against,” Kroos said.

“I said directly after the draw that Juventus is the most difficult team after Barcelona and that’s still the case.”