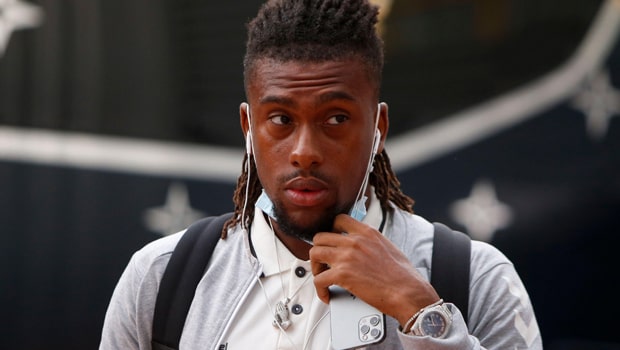 Nigeria will face Cape Verde in Praia on Tuesday with a much different side from the one that beat Liberia in Lagos on Friday.

The three-time African champions will be without their Premier League and UK-based players on Tuesday due to the UK’s COVID-19 protocols and travel restrictions.

Everton forward Alex Iwobi, who starred in the game alongside Leicester City’s Kelechi Iheanacho, who scored both goals will not be a part of the game.

Similarly, Iheanacho’s fellow Leicester City teammate Wilfred Ndidi and Watford’s duo of Troost Ekong and  Oghenekaro Etebo have all returned to the UK ahead of a 10-day quarantine.

Glasgow Rangers defender Leon Balogun and midfielder Joe Aribo have both returned to the UK immediately after Friday’s game.

However, Nigeria will have to execute the game with 19 players which include three goalkeepers, Maduka Okoya, Daniel Akpeyi and Francis Uzoho.

Meanwhile, Liberia defeated Central African Republic 1-0 on Monday and the Nigerians could stay on top of the group till the next international break in October if they can avoid a defeat in Praia on Tuesday.

Meanwhile, in one of the matches played in the African region for the 2022 FIFA World Cup Qualifiers, South Africa defeated Ghana by a late goal.

Niger defeated Djibouti 4-2 while Benin republic and DR Congo played a 1-1 draw while Uganda and Mali also had a 0-0 draw.