Del Bosque was quick to admit that the French team can challenge them. 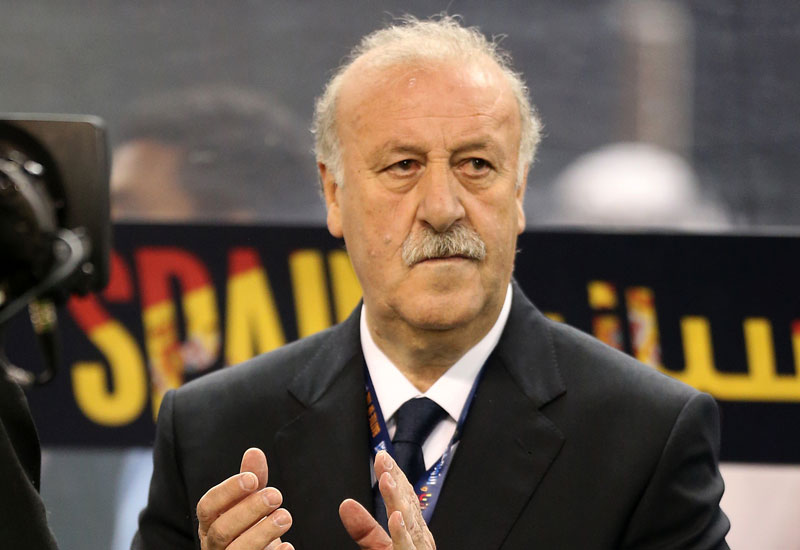 Vicente del Bosque believes that France have a real chance of challenging Spain ahead of their World Cup qualifying battle.

The World Cup champions host Finland on Friday, while France and Georgia collide before the two rivals meet in Paris next Tuesday. Many believe this match will determine who will be on top in Group I.

Their previous meeting ended in a 1-1 draw in Madrid, with Olivier Giroud rescuing a point for the French squad after a 94th minute equaliser.

With that frustrating result in mind, Del Bosque knows the La Roja must dominate and be at their very best to get maximum points.

“These are players who are as good as ours, as they showed during the second period of the first leg of Spain-France.

“I can even say that at some point they were better than us.

“We made mistakes because at no time did we control the game. Defensively, we had not been successful.

“We can say that the draw with France was the deserved (result) even if we had the opportunity to lead 2-0. It is regrettable that (Cesc) Fabregas missed his penalty.”

Del Bosque went on to reveal that he wants his players to dominate possession, and believes France will try anything to disrupt their flow.

“We are the first to have confidence in our players but we keep a huge respect for the France team and our opponents,” he said.

“I fear this tie. I have great respect for the French and now the difference between the two teams is not as important.

“There are great players in the France team – as good as ours – and it is obvious that the French team at the Stade de France will have the motivation to play against us, and will be at the top of their game.