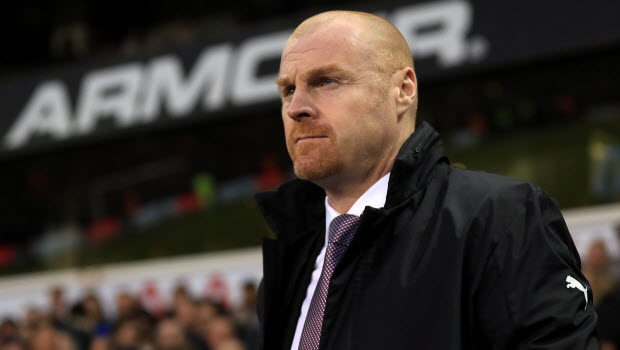 Burnley manager Sean Dyche insists he is delighted to see that Steven Defour is disappointed to find himself on the bench as he feels it shows the player’s willingness to impress.

The Belgium international joined Burnley, who are priced at 1.91 to be relegated, over the summer in a £7.5million moved from Anderlecht but he has struggled to get to grips with Premier League football.

The 28-year-old has played just over an hour of football in Burnley’s last four Premier League games, having started against Bournemouth, while finding himself among the substitutes for the clashes with Stoke, West Ham and Tottenham.

Despite arriving at Turf Moor with an impressive track record and big reputation, the former Porto man is certainly not guaranteed to walk into the starting lineup under Dyche.

Defour has struggled to keep his feelings private after making it clear that he is not happy spending most of his time on the bench.

Dyche insists he is “delighted” to hear Defour is angry at being benched and hopes he can channel that frustration in the right way to earn a regular starting place.

“Good, I’m delighted, my players should be disappointed because they want to play, and he definitely does,” Dyche said.

“He’s not a kid, he’s a very good player and he’s adapting to the Premier League and working hard to do that.

“If he said or didn’t say that, that’s what he should be thinking. “Not to the detriment of anyone, just the fact I want to be playing, and you want players who are hungry to be in the team, without a shadow of a doubt.”