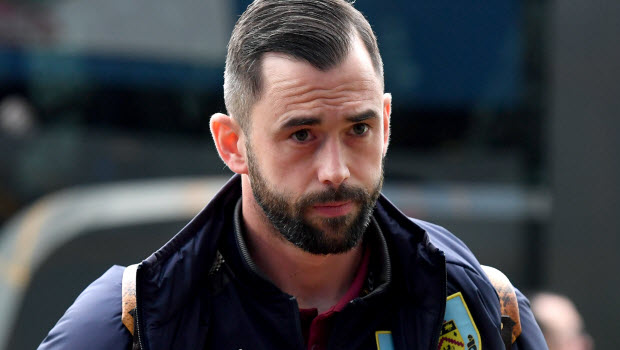 Burnley midfielder Steven Defour is not panicking over the recent lack of goals scored and says it will turn around when they get some luck.

Sean Dyche’s side have scored just 19 times in 24 Premier League games this season and only three in their last seven, a period in which they are also without a win.

Burnley netted twice in a draw away to Manchester United over Christmas and almost snatched a late draw in a 2-1 home loss to Liverpool on New Year’s Day.

The Clarets have failed to score at Brighton, Huddersfield Town and Crystal Palace as well as at home to Tottenham recently.

They passed up some decent chances in Saturday’s 1-0 Turf Moor loss against Man United, while Defour also points to bad luck at times.

Overall, he is confident things will come good in front of goal. “It’s not quite falling for us,” said the Belgian. “Johann [Berg Gudmundsson’s] free kick is on the bar, at some point Tarky [James Tarkowski] couldn’t quite get his foot on it.

“It’s little things where in the first half of the season they may have gone in. It’s not falling but we still have to work.”

A long-term injury to Robbie Brady has not helped Burnley’s cause but Defour feels certain they’ll will turn their fortunes around.

The display at Old Trafford last month is something they should take heart from. “We are creating things but the ball is not falling quite right at the moment,” he added.

“We scored twice at United which not every team is capable of doing so we just have to keep working and wait for that ball to fall for us.

We’ve always been a team that haven’t scored many goals so we just need to keep going.” With no FA Cup action, Burnley have this weekend off. They are 3.75 to away at Newcastle on their return to action on January 31.