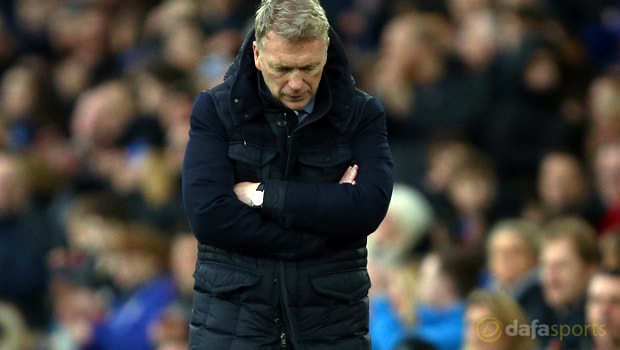 Sunderland boss David Moyes says his side need to accept his criticism if they are to avoid relegation this season.

The Scot arrived at the Stadium of Light in July but was left with little time to work on recruitment and with funds also limited in January, has had to work hard on improving his squad.

Moyes has not been shy in criticising the lack of quality available to him, an opinion that is borne out by their status as the Premier League’s bottom club and they are currently the 1.14 favourites for relegation.

To counteract this, the boss has tried to generate spirit within the camp and recently took his players off to New York in a bid to help them to bond.

However, they struggled to ignite on their return when they took on the 53-year-old’s former club, Everton, on Saturday as they went down 2-0 at Goodison Park.

Sunday sees Sunderland host Manchester City, a game they are 11.00 to win, with the draw 6.00 and Citizens the 1.29 favourites.

Moyes says his side’s lack of quality means they need to show more commitment than their rivals and believes his troops should look to embrace his criticism in their bid for survival.

He said: “As a manager I have to find ways of winning. I said they are giving their all. I think they are lacking a bit of quality.

“I’ve got to find a bit of spirit, a bit of heart and a bit of toughness. I need them all that, when I’m getting on at them, that they are accepting it because they know it is for the best of the team.”