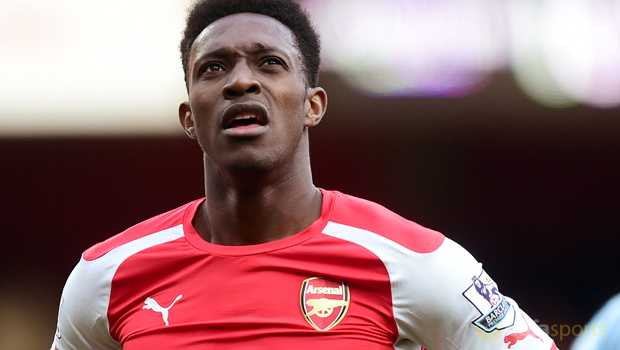 Arsenal have been hit with the news that Danny Welbeck’s return to the fold from a knee injury has been delayed again.

The England striker has not played since April due to bone bruising but what was previously expected to be only a minor blow has continually plagued him.

Boss Arsene Wenger initially thought he would be back for September, with that assumption persuading him against signing a striker during the summer window.

However, Welbeck was then ruled out until Christmas but after failing to recover, Wenger has now confirmed that he is hopeful the 25-year-old will finally return in February.

Of course this latest setback is also likely to have a bigger impact for Welbeck in the long run, as his chances of making the England squad for a Euro 2016 appear to be dwindling.

Injuries have not been kind to the Gunners this season, with Alexis Sanchez, Santi Cazorla and Jack Wilshere also amongst those currently in the treatment room.

Despite this they remain second in the standings and can close the gap on leaders Leicester when they face third-placed Manchester City on Monday.

The Gunners are currently the 2.37 favourites to claim the points, while the draw is at 3.40 and the Citizens at 3.00.

Wenger will again have his options limited for the match at the Emirates but with City also missing key men, Arsenal will be hoping to land what could be a telling blow.

The Frenchman admits Welbeck’s continuing problems remain a worry, especially as it means he cannot give some of his other players a rest in what is traditionally the busiest part of the season.

“He is still not available because of a bone bruising,” Wenger said.
“That deteriorated and it is a big blow to us because we cannot rotate.”