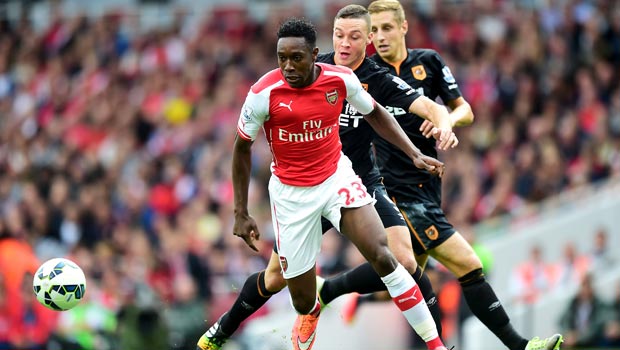 Arsenal’s blushes were spared against Hull City on Saturday afternoon, as Danny Welbeck rescued them with a 90th minute equaliser.

Chilean winger Alexis Sanchez gave the Gunners the lead after 13 minutes, beating Curtis Davies before lashing a low shot beyond the helpless Steve Harper in the Hull goal.

There was then controversy at the Emirates, as Mohamed Diame bullied his way past Nacho Monreal and then appeared to pull back Mathieu Flamini before latching on to the ball and dinking it over the advancing Wojciech Sczcesny. Despite the protests from the Arsenal players, the goal was given and Hull were back on terms.

Abel Hernandez then gave the visitors the lead after burying a header from a Jake Livermore cross. The Uruguayan had been due to start the game on the bench, however an injury to Nikica Jelavic in the warm-up meant that the 24-year-old was promoted into the starting line-up.

The Tigers looked as if they would hold onto their slender lead as the full-time whistle neared, but Arsenal’s late equaliser came after some good work by Sanchez, who played in Welbeck. The England international dispatched his effort past Hull’s third-choice keeper Eldin Jakupovic, who had come on to replace Harper due to injury.

The game wasn’t without its worries for Arsene Wenger’s side, as midfielder Jack Wilshere was forced off in the second half with what looked like a knee injury. However, after the game, Wenger dismissed it, saying “it looks not a lot”.

The Frenchman added: “It is a very disappointing result because we were very unlucky with the referee’s decision for the first goal.
“They had two shots and scored two goals – it is a long time since we’ve dominated so much and not won the game.

“We have conceded too many goals. Some other teams have bought many defenders and concede goals as well. I think it’s a matter of concentration.”