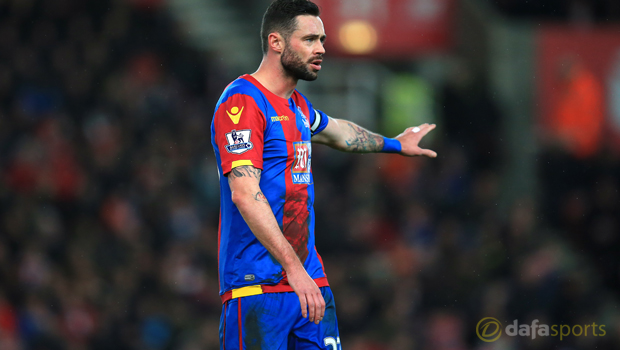 Republic of Ireland manager Martin O’Neill has revealed Damien Delaney would be considered for Euro 2016 if any of the regular defensive options suffer injuries.

The Crystal Palace centre-back has only earned nine international caps in his career and the lack of first team opportunities for the national team has been a real frustration for the 34-year-old.

He has been omitted from the ROI’s plans since O’Neill took over back in 2013, with the ex-Sunderland boss citing an incident on a summer tour to America as a reason for this.

Delaney was said to have asked for assurances over his first team spot but the former Queens Park Rangers defender could not be guaranteed a starting position.

He has been focusing on his club form over the past few years and the experienced centre-back has impressed for the Eagles, who he joined in 2012, this season.

The impressive performances in the first half of the campaign had helped the club into a position to challenge for a European position but, after some poor results, the club have slipped down the table.

Delaney has still been producing good displays and there are rumours suggesting the Palace ace could be handed a spot in O’Neill’s squad for Euro 2016 in France this summer.

John O’Shea, Richard Keogh, Ciaran Clark and Marc Wilson are the four expected to be named for the major tournament to play at the heart of defence but O’Neill admits he could consider others if injuries crop up.

“Damien has had an excellent season at Crystal Palace,” he said. “He’s on the wrong side of 30 and hasn’t played that many competitive games for Ireland through his career but I have to say the way we are with centre-halves, if we got a few more injuries, I certainly couldn’t rule out anything.”