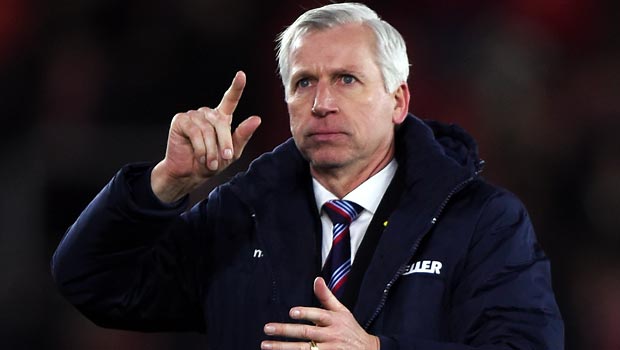 The former Magpies boss has led Palace to five victories in his nine games in charge since being appointed Neil Warnock’s successor in January. That run included Saturday’s impressive 3-1 home victory over struggling QPR, a win that leaves Pardew’s side 12th in the table and eight points clear of relegation.

While his return to Selhurst Park has been a heroic one so far, Pardew insists his side are not yet clear of avoiding the drop. He is, however, targeting a push up the table, with old club Newcastle just two points above Palace in 11th.

“Mathematically of course we’re not safe but were in a great position and we would have snapped someone’s hand off for this position at this stage, whoever the manager was,” he said.

“I said to the players when I arrived to look above because if you look below – anxiety, pressure – you can’t play like that, so we will look to Newcastle, whoever’s above us. We’re above Everton, that’s a bit of a goal for us – can we stay above them?

Palace can continue their climb up the Premier League table by making it back-to-back league wins when they visit Stoke City next weekend.