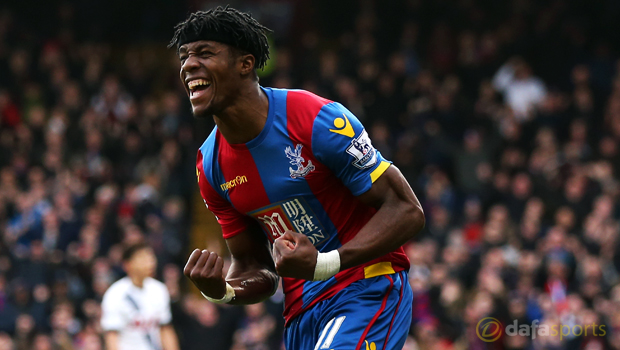 The Three Lions head into the tournament in France this summer off the back of a perfect qualification campaign, having clinched 10 wins from as many games and conceded just three goals in the process.

England were also impressive in the goalscoring department, with 31 goals to their name, and captain Wayne Rooney top-scored for the country with seven strikes.

It does look like it will be difficult for fringe players to break into the senior squad in time for Euro 2016, but Pardew has backed Zaha to make that jump.

The 23-year-old, who arrived at Selhurst Park last summer on a permanent deal, has been a regular fixture for the Eagles this season, making 22 Premier League appearances.

His pace and trickery has been displayed on many occasions this term and the ability to take on and get past defenders would add a lot to any team.

However, the former Manchester United ace has been criticised at times for his end product and this will need to improve if he is going to add to his two England caps.

Zaha will be hoping for a strong end to the campaign and Pardew is adamant the winger should be included in the final squad because he offers something different.

“I think Roy Hodgson should consider him because and I think that will be a nice attribute to have either in the starting 11 or on the bench,” he told reporters. “When you come to the level that they’re going to be playing at European championships you do need someone to go past someone.”

England have been drawn against Wales, Slovakia and Russia for the major tournament and Hodgson’s men are priced at 13.00 to win the trophy.