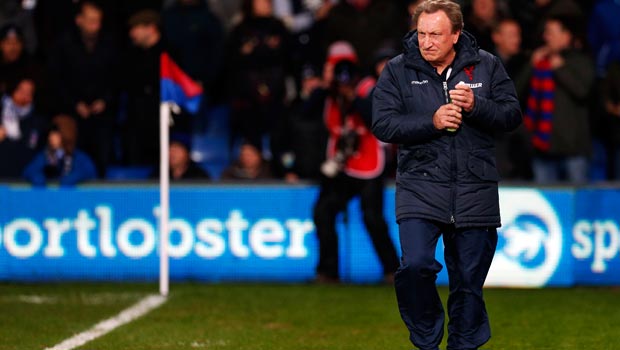 Crystal Palace boss Neil Warnock has admitted that a new striker is his priority in the upcoming January transfer window.

Warnock watched on as his side were unable to take any of their chances in their 1-0 defeat to Aston Villa at Selhurst Park on Tuesday night.

The Eagles have now won just one game in their last eight, with their 3-1 win over Liverpool their last taste of success in the Premier League.

Warnock currently has six strikers at the club – but none of them have managed to make a major impression on the charts so far this season.

While Campbell and Gayle have shown some signs of progression, Warnock is still looking for more in front of goal.

He said: “We do need improvement in that area and we are looking to address that in January.

“I think we know we haven’t got enough fire-power. When you look at the other teams they have all got main strikers to select from. I think the lads are doing as well as they can.”

Warnock’s side sit 15th in the Premier League at present but they face a number of difficult games before the January window opens.

In their next four league games, Palace take on Tottenham, Stoke City, Manchester City and Southampton.

The Eagles are currently 5.78 to win this weekend’s match against Spurs with Dafabet, with the draw 3.73, while Tottenham are available at odds of 1.59 to pick up all three points.