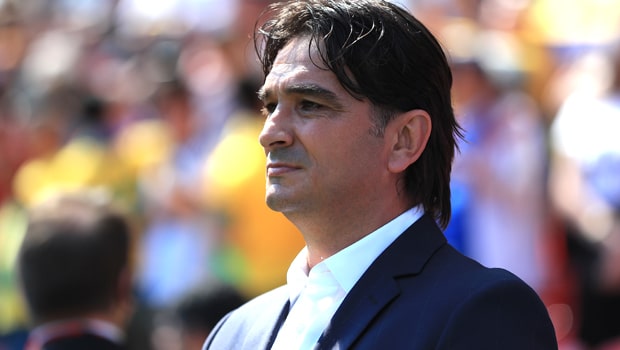 Croatia will face England in a winner-takes-all showdown at Wembley on Sunday in the UEFA Nations League after they defeated Spain 3-2 in dramatic fashion.

Two goals from Tin Jedvaj, including one in the 93rd minute, gave the World Cup finalists the victory in Zagreb after a storming second half.

Andrej Kramaric scored the hosts’ opener after 54 minutes but Dani Ceballos levelled for Spain with 90 seconds.

Jedvaj restored the lead midway through the half but a penalty from Sergio Ramos seemed like it had earned a valuable point for Luis Enrique’s men.

However, Marcelo Brozovic’s low shot was parried by David De Gea into Jedvaj’s path in stoppage time and he grabbed the glory.

It means all three countries can finish top of Group A4, with England hosting Croatia at Wembley in a repeat of their World Cup semi-final on Sunday.

Victory for either side will secure top billing and a berth in the Nations League finals next June. A draw however will hand the group to Spain.

England will be relegated if a score draw ensues, while a scoreless outcome will see Croatia finish bottom.

Croatia coach Zlatko Dalic felt his team were rewarded for a “magnificent match” while opposite number Luis Enrique admitted he had expected the group to be very close.

“It shows it was a very difficult group. We still have a chance. The group was, as we expected, very difficult with two of the best teams in the world,” said the former Barcelona boss.

“I am obviously worried about the things we have to improve. I am quite happy with this match, but the result is undeserved and I think football today has not been fair to us.”