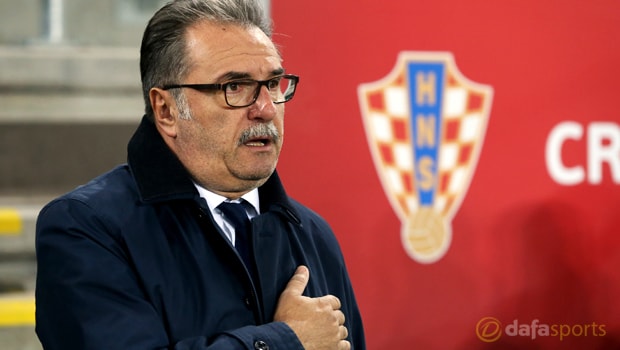 Croatia manager Ante Cacic says he has moved on from the issues he had with Liverpool’s Dejan Lovren over the summer and insists he remains part of his future plans.

The Liverpool man and Cacic had a very public fall-out over the summer which led to the defender being omitted from Croatia’s Euro 2016 squad.

Despite their issues Lovren was welcomed back into the squad for the September clash with Turkey, although he was an unused substitute.

Croatia, who are priced at 1.80 to win Group I in qualification on the road to the 2018 World Cup, have been in action against Iceland during the current international break, while they are also set to face Northern Ireland in a friendly Belfast on Tuesday.

However, Lovren was one of a number of players who asked not to be called up for the two fixtures due to personal reasons.

Cacic insists that the door is still firmly open for the 27-year-old to return to the international fold and feels he is an asset to any side.

“I think we’ve said enough about that this year – for me, there is no case with Lovren,” Cacic said. “I know that when I feel he is needed for the team he will be called up and of course he will come to play for the national team.

“I was his first senior coach, all the way back in 2006 at Inter Zapresic, I know him very well. He was a young player then and he’s shown that he has the capacity to have a respectable career.

“To any national team, including Croatia, he’s a needed player, somebody that we don’t want to not use in the future.”