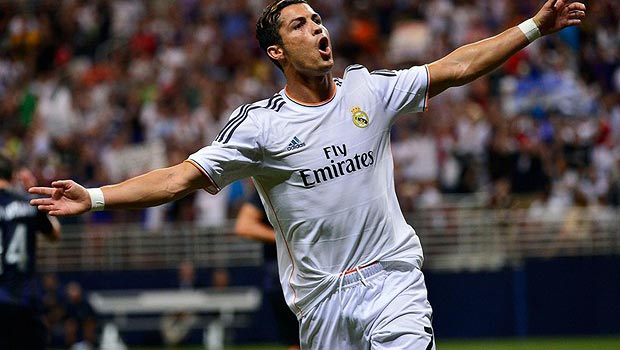 Real Madrid boss Carlo Ancelotti has stated Cristiano Ronaldo will be fit to face Athletic Bilbao at the Bernabeu on Sunday evening.

Ronaldo had been a doubt for the game after a physical Champions League encounter against Ludogorets on Wednesday.

However Ancelotti confirmed the winger will be available to face Bilbao.

“Cristiano is very good,” Ancelotti said. “He trained individually yesterday, but is completely recovered, at his best.”

The Real boss was also questioned on the state of mind of the Portuguese after he was sent off against Bilbao when the sides last met in January.

“Ronaldo is not thinking about that, just preparing to play his best,”
the Italian coach said. “Everything passed is forgotten now.

Despite Real’s slow start to the domestic season – they trail leaders Barcelona by seven points going into Sunday’s game – Ronaldo has been in excellent goal scoring form, scoring 12 times in his last seven games in all competitions.

Bilbao enjoyed a sparkling campaign last season, finishing in fourth spot and ensuring a return to the Champions League.

Ernesto Valverde’s team have not been able to recreate that form in the early part of this campaign and are languishing in 18th spot.

Despite that lowly berth, Ancelotti is anticipating a challenge from the visitors to the capital this evening.

“It is a dangerous game, against a team not on a good run in this moment. We must be careful, and try and maintain our own good run.”