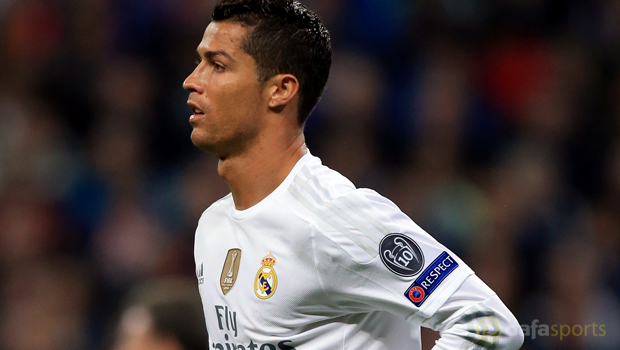 Portugal superstar Cristiano Ronaldo has revealed he is “definitely thinking about playing in the USA” when he finally leaves Real Madrid.

The 30-year-old has won La Liga and the Champions League, as well as the Super Cup and Copa del Rey, twice, in a hugely-successful spell with the Spanish capital giants, but thoughts have turned to the final stages of his career.

Ronaldo has been linked with a return to Manchester United and Ligue 1 champions Paris Saint-Germain, but the three-time Ballon d’Or winner has revealed he is considering a switch to America.

The likes of Andrea Pirlo, David Villa, Frank Lampard, Steven Gerrard, Kaka and Sebastian Giovinco have recently moved to the US and Ronaldo says he is open to the idea.

He told the UK edition of FHM: “I am not closing the door on any league anywhere in the world.

“I’m definitely thinking about playing in the USA for a year. I’ve always said living and playing there is a possibility.”

PSG coach Laurent Blanc was forced to play down the significance of a private conversation with Ronaldo after this week’s Champions League meeting between the two teams.

“When I see people on the street speaking to each other in their ears, I do not want to know what they say.

“Does it interest you because it was someone famous? If you spoke in my ear, I would say nothing about it.

“You are more curious than normal people. I will not talk about it.”

Ronaldo has scored 13 goals in 14 appearances in all competitions for Los Blancos this season, including a five-goal haul against Espanyol in September. Real Madrid are currently priced at 2.10 in the La Liga outright betting and quoted at 5.50 to win this season’s Champions League.