Messi’s figures add up ahead of Copa America 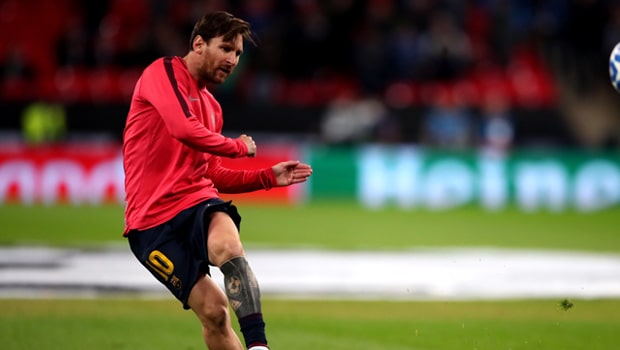 The 31-year-old Nou Camp superstar is currently gearing up for the 2019 Copa America as he looks to emulate his wide-ranging club success on the international stage.

Messi, according to the Forbes top-100 ranking, earned $127million over the past 12 months, with Portugal captain Ronaldo pocketing $109million to put him second on the list and Paris Saint-Germain ace Neymar third on $105million.

Neymar will miss the upcoming Copa America due to ankle ligament damage as former Barca team-mate Messi goes in search of glory with La Albiceleste, having lost four finals with his national team including the last two Copa America showpieces.

Sergio Aguero will be alongside Messi in the Argentine ranks as he also looks to add to his domestic honours, having won the Premier League, FA Cup and League Cup with Manchester City last season.

“I’m more excited about winning for Leo (Messi) than for myself because he has played for so long and he has suffered so much,” Aguero told Fox Sports.

“Whenever I talk with Leo, we always say ‘Pray that one day it happens for us’. It’s what he wants and it’s what we all want. I put myself in his shoes and I want to do the best.

“I’m feeling fit and I finished the season well, I have no injuries and I want to do the same for Argentina as I do with City.”

Argentina kick off their Copa campaign against Colombia and are 2.20 to win their opening match, with the draw 3.25 and Los Cafeteros 3.60. Messi is 4.00 to be the tournament’s top goalscorer ahead of Aguero’s City club-mate Gabriel Jesus (7.00).